Saint of the Day

Summary of St Branwalader,monk, and could have been a bishop, of Celtic, probably Welsh, origin. He is honoured both in Cornwall and Dorset as well as on the island of Jersey in the Channel Islands.

Patrick Duffy explores what is known about him. 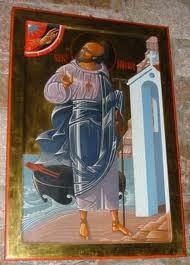 Little is historically known about St Branwalader (also called Brelade or Breward). He was a 6th century Celtic monk and possibly a bishop. He may have been of Welsh origin. He worked with St Samson (490-565) in Cornwall and the Channel Islands, and possibly in Brittany. Samson established a monastery at Dol in Brittany, which afterwards became an episcopal see: feast 28th July.

Cornwall
In Cornwall, he is known as St Breward. St Breward’s Church is the highest in Cornwall, located on Bodmin Moor, in the village of the same name. There is also a St Breward’s Well in Cornwall which is situated close to Camelford. It was visited by sufferers from inflamed eyes and other complaints, who would throw in a pin, or small coin, as an offering to the saint. 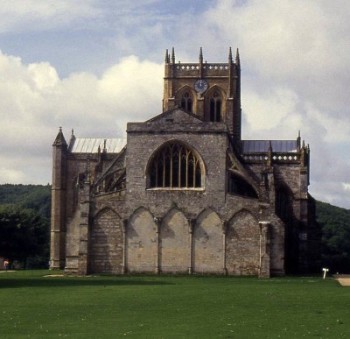 Dorset
King Æthelstan of Wessex founded the Benedictine abbey of Milton in Dorset in 933 AD to commemorate the death at sea of his brother Edwin, for which he was said to have been responsible. It was dedicated to St. Mary, St. Sampson, and St. Branwalader. He bestowed many relics, including the arm and bones of St. Sampson, and the arm of St. Branwalader the bishop.

During the dissolution of the monasteries it passed to Sir John Tregonwell, a lawyer who had worked to arrange Henry VIII’s divorce from Catherine of Aragon.

In 1953 the grounds were bought by a trust to establish a school, Milton Abbey. 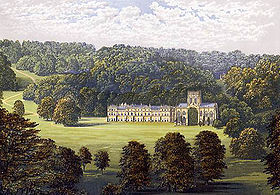 Jersey
Branwalader is remembered in Jersey in the parish name St Brelade (church dating from the 10th or 11th century) in the very south-west of the island.

Our Archive of Saints